March Document of the Month 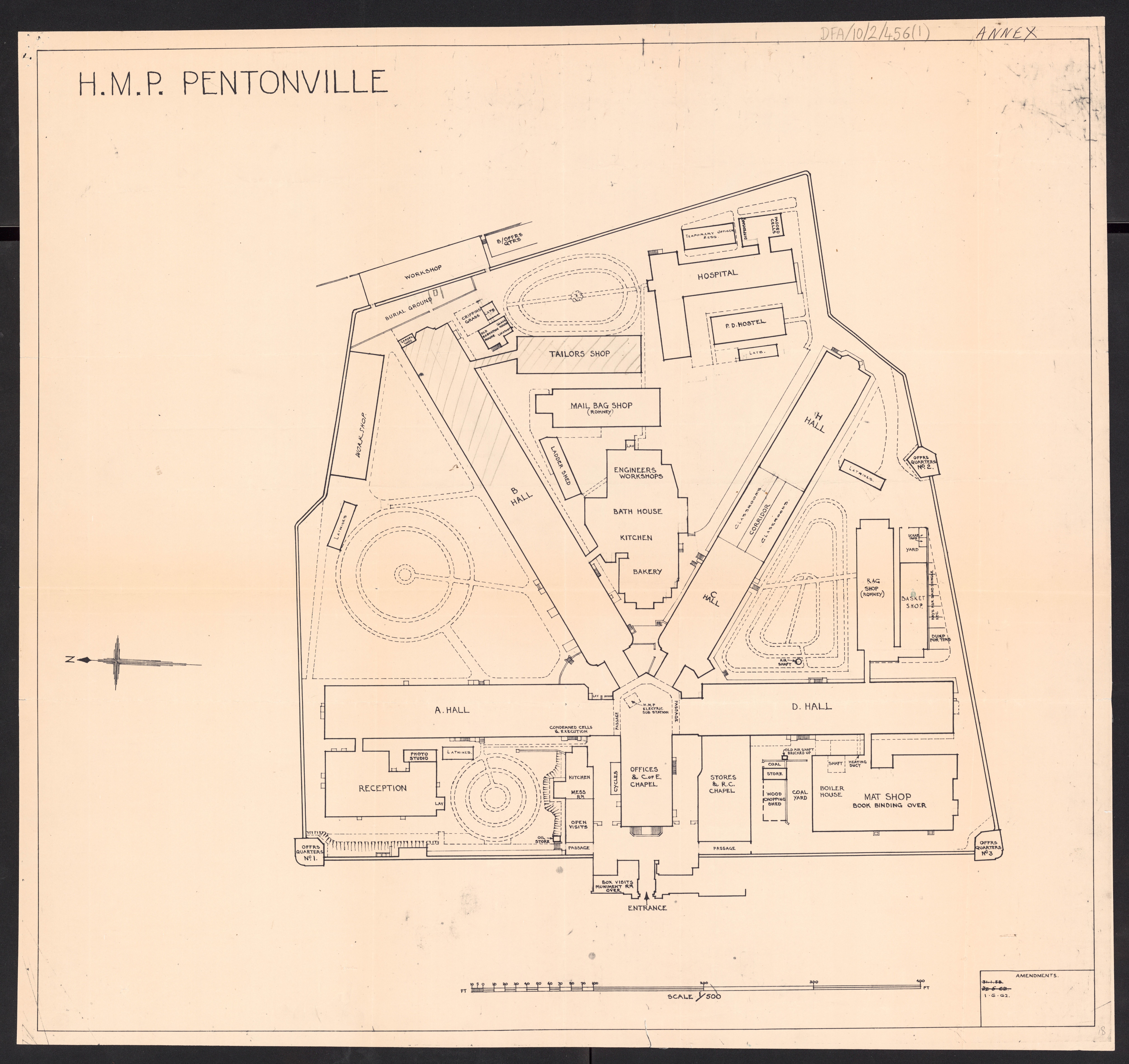 On 1 March 1965 Roger Casement (1865-1916) received a state funeral and was reinterred in Dublin’s Glasnevin Cemetery. Born in Ireland, Casement had embarked upon a distinguished career in the British foreign service but resigned as he became sympathetic to Irish republicanism and was instrumental in trying to secure German assistance for what became the Easter Rising of 1916. He had been arrested in Kerry just prior to the rising and was executed for treason in London on 3 August 1916, being buried in the grounds of Pentonville Prison. Calls for the repatriation of his remains had initially been made by relatives in the aftermath of his execution and were periodically made thereafter. The issue was taken up in the 1960s by the Fianna Fáil government of Seán Lemass, who viewed it as an act of goodwill during a period in which Anglo-Irish relations were improving. They managed to overcome British wariness to successfully have Casement’s remains exhumed and repatriated to Ireland in February 1965. The documents on display here give an insight into the motives behind the decision, and some of the issues that were raised by Casement’s repatriation. 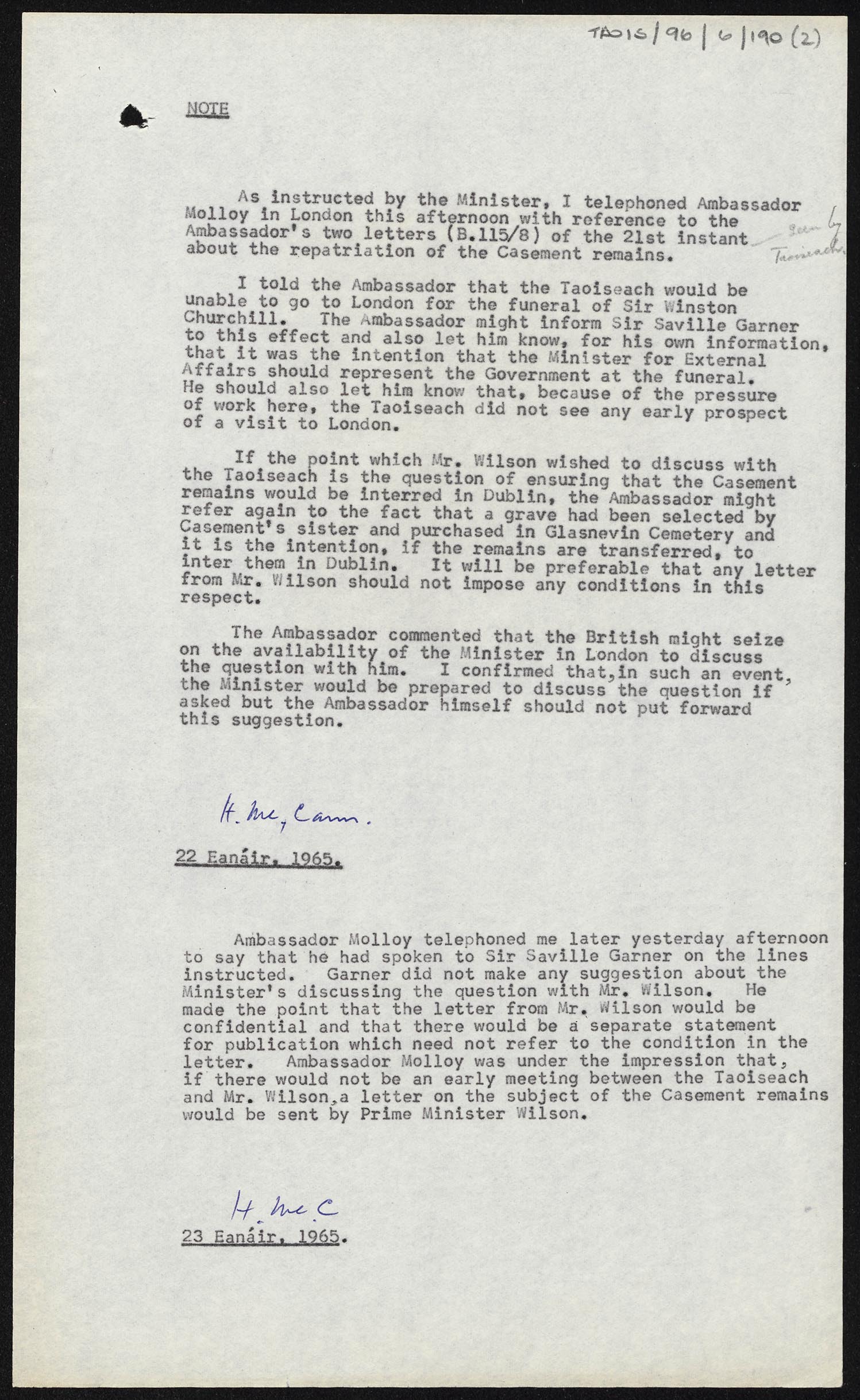 A note on the discussions about the return to Ireland of the remains of Roger Casement, asking if British Prime Minister Harold Wilson would be available to discuss the matter with Irish Minister for External Affairs Frank Aiken while the latter was in London for the funeral of Winston Churchill, 22 January 1965. 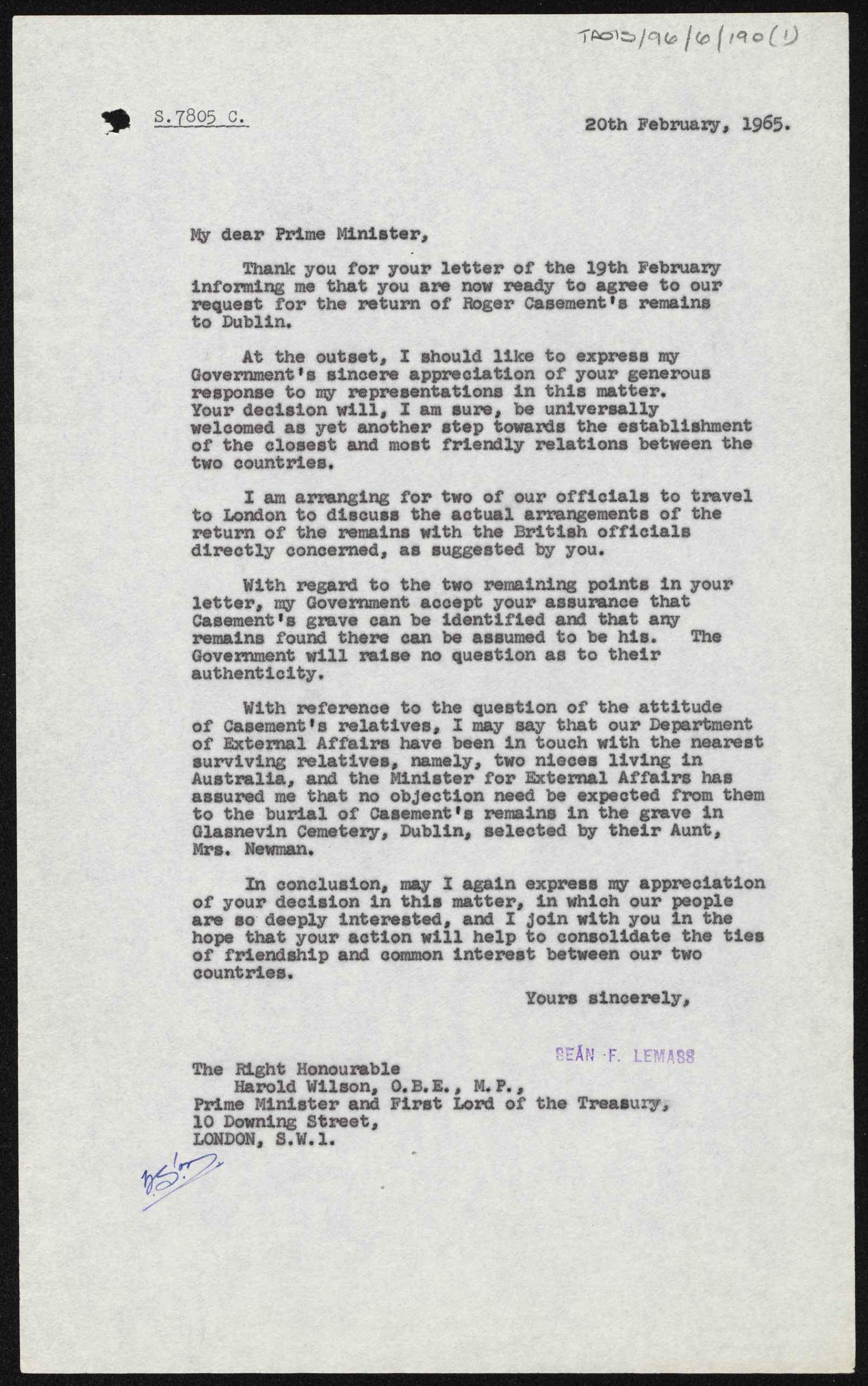 A letter from Taoiseach Seán Lemass to British Prime Minister Harold Wilson about the impending repatriation of the remains of Roger Casement from Pentonville Prison to Ireland, 20 February 1965. 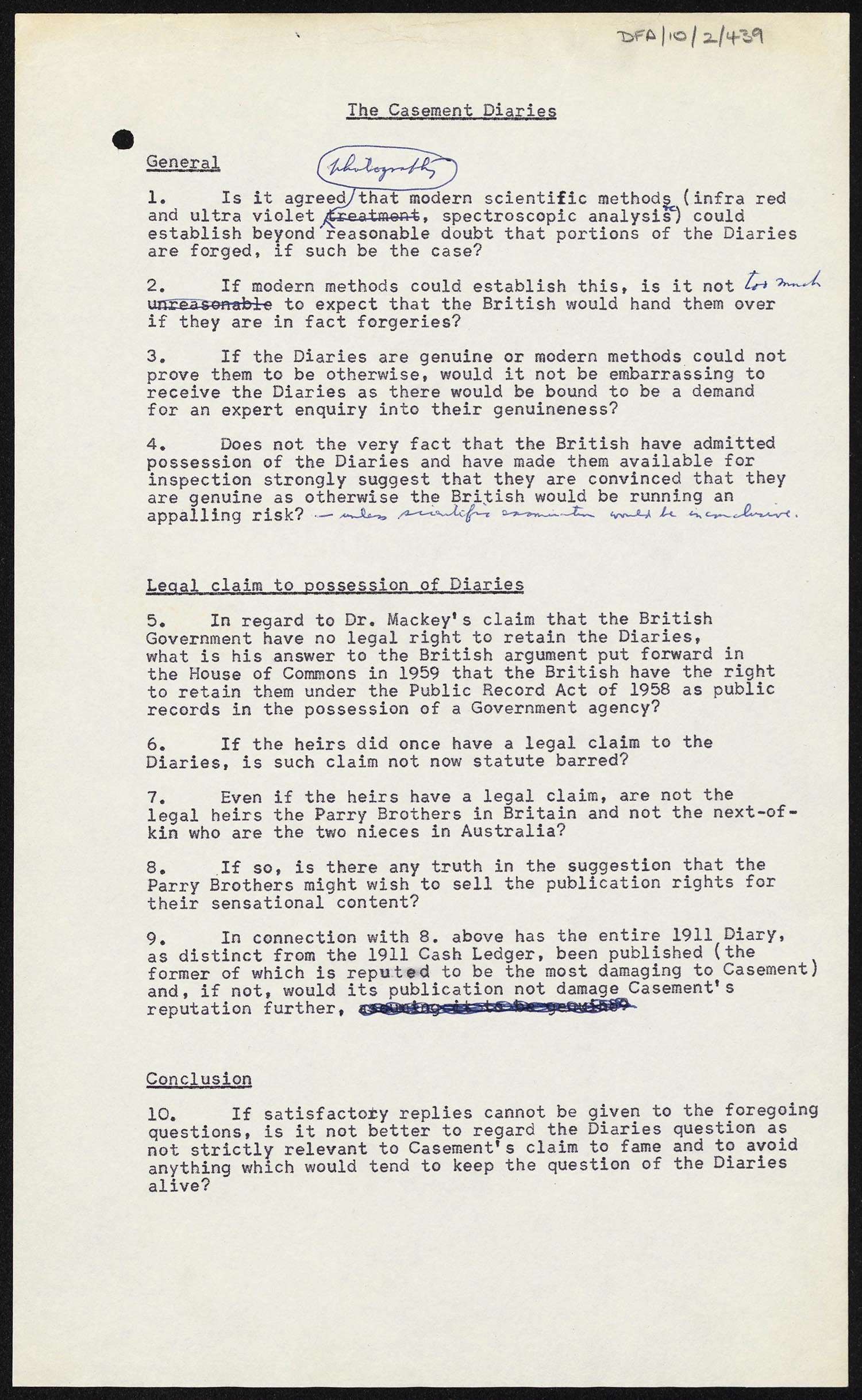 A note recording the views of Richard Hayes, Director of NLI, on the provenance of the so-called ‘Black Diaries’ of Roger Casement, 15 March 1965. 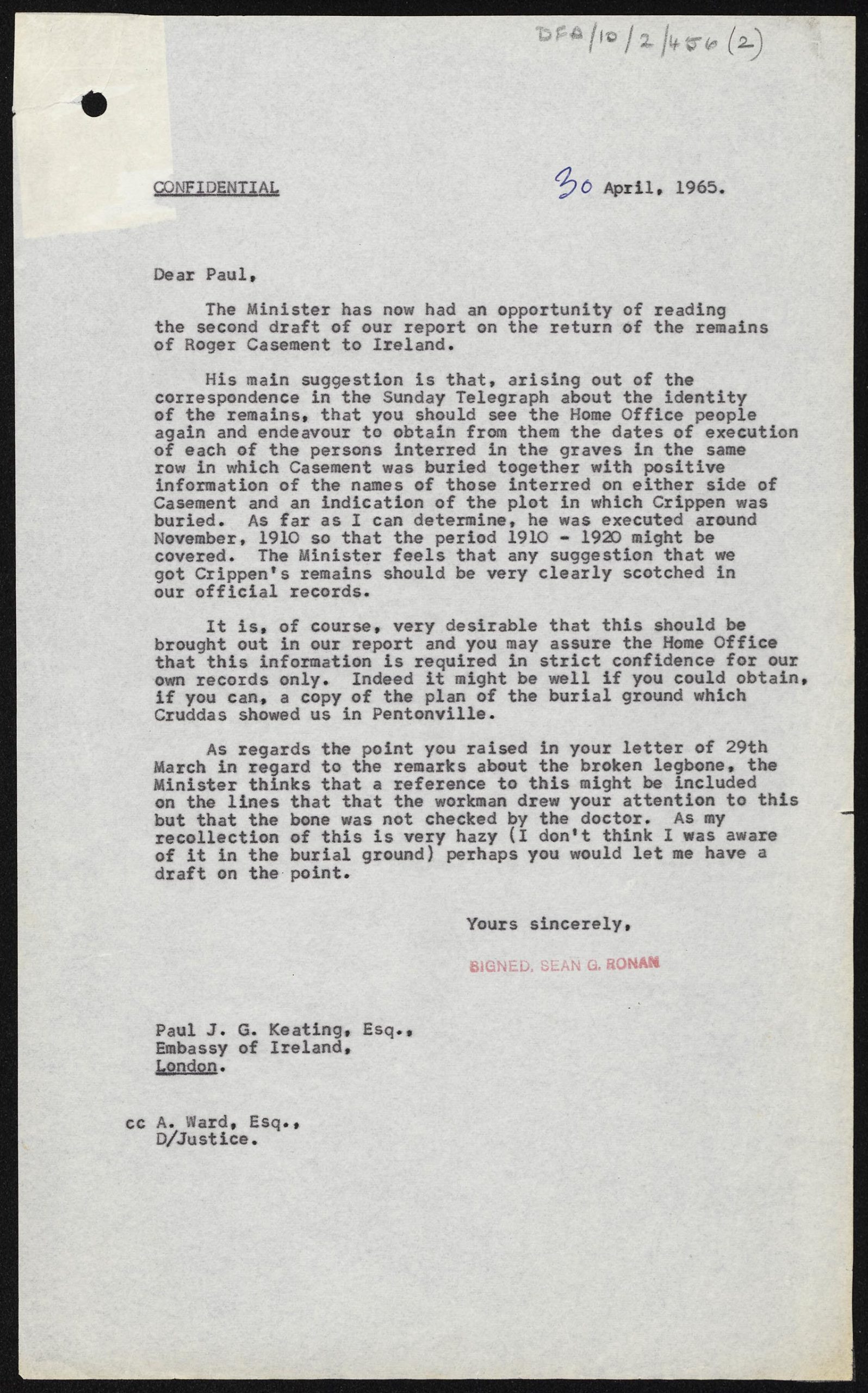 A letter between Irish officials about press reports claiming that the remains of the executed murdered Hawley Harvey Crippen (‘Dr Crippen’) had mistakenly been exhumed in place of Casement’s remains, 30 April 1965.