Behind the Scenes: Goodbye to 105 years of service 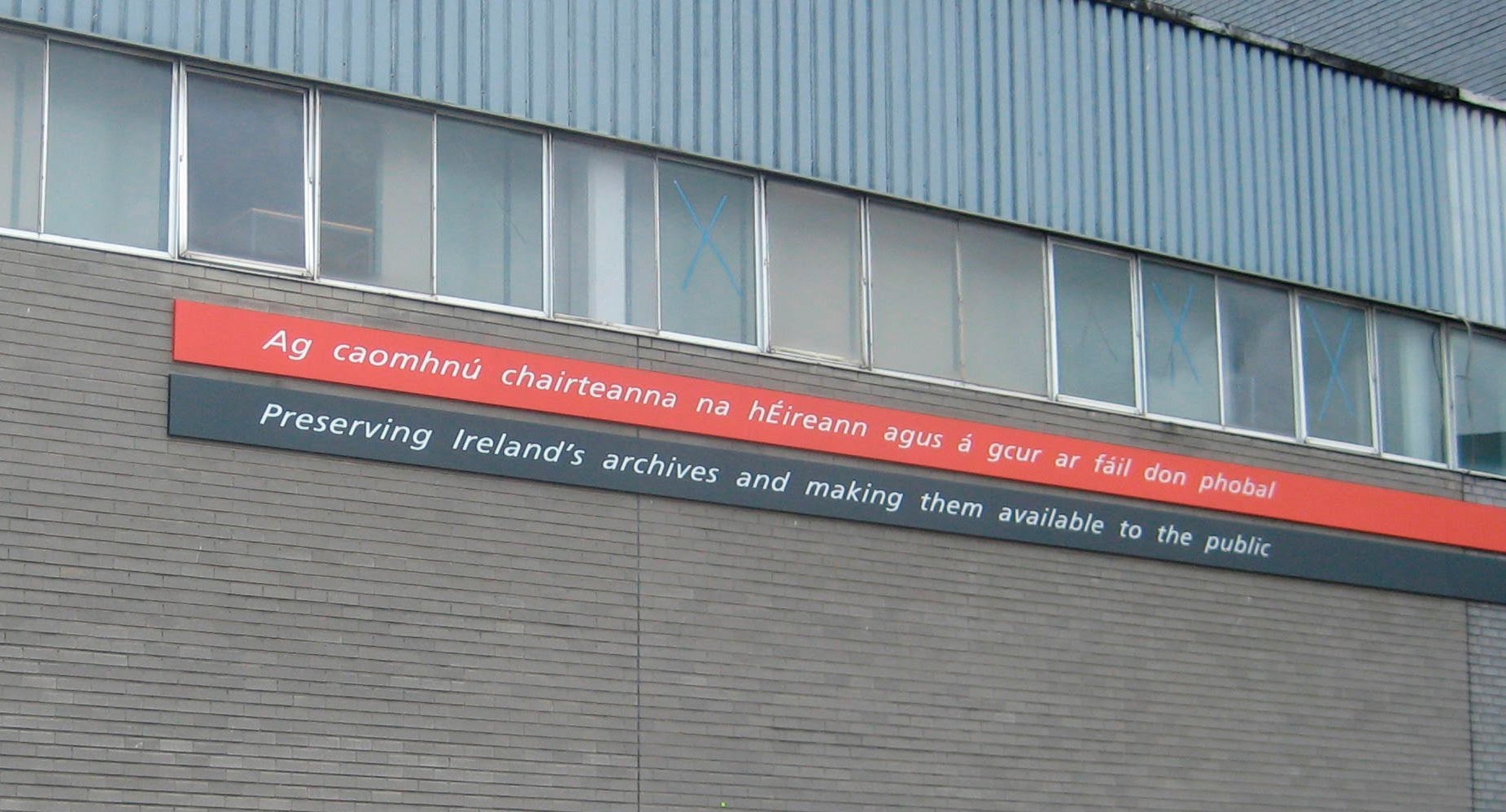 In the past few months the National Archives has welcomed new members of staff namely Director, Orlaith McBride, and Archivist, Rosemary King,  and we have also said goodbye, albeit virtually, to three of the longest serving members of National Archives staff.   It can only be a peculiar experience to start a new job in these very odd times where due to the Covid-19 situation there isn’t really anywhere to go to on your first day except to your own computer to be introduced to your new work. To leave a job that has been part of your life for 45 years must be even odder, it certainly feels most unsettling for us to say farewell to our beloved and esteemed colleagues at this time through email only.

It is a strange time to be finishing up ones working life having given so much service to an institution, with all three colleagues contributing an accumulated 105 years of experience.

Many of you who visit the National Archives will be familiar with Ken Robinson who in recent years took the helm of the reading room at Bishop Street.  Ken was one of our longest serving members of staff having spent over 40 years working in the National Archives and its predecessor, the Public Record Office of Ireland. During Ken’s long career he worked on an extraordinary variety of records and developed an encyclopaedic knowledge of our holdings, particularly court and other records at our off-site repository in the Four Courts where he was located for many years. Ken saw great changes during his 40 years, witnessing the enactment of the National Archives Act in 1986, the establishment of the National Archives and the disappearance of the Public Record Office and State Paper Office. More importantly, Ken has been at the centre of major developments in operations and services and an active participant in significant bodies of work, including the move from the Four Courts to our current premises at Bishop Street. He will also always be known as Robbo of the Reading Room.

Mick Mahony on the other hand, who served the National Archives for 2o years may not be familiar to our readers. Mick was a ‘behind the scenes man’ who was employed primarily in archives storage relating to the moving and rehousing of archives and ensuring that archives were correctly stored, produced for use by the public and then returned to their rightful place. He performed duties related to this work quietly, diligently and willingly. He was also known for his whistling and singing along the corridors and for serving his colleagues for many years as Union rep.

Finally we had to say goodbye to Paddy Sarsfield who joined the State Paper Office at Dublin Castle 45 years ago. If you use our archives at Bishop Street Paddy would be familiar to you as the ‘Duracell bunny’ with seemingly inexhaustible energy and good humour in productions and returns.   Paddy was one of the few who worked on the move of the archives from the Record Tower of the State Paper Office to our current quarters on Bishop Street after the National Archives Act of 1986.  Paddy’s work in the National Archives was varied, including public service duties and work behind the scenes.

Paddy saw the arrival and departure of many work colleagues over the years and was unfailingly kind to new and younger colleagues, happy to share his knowledge of the organisation and its holdings. In fact that can be said of all three. Personally, I recall once going to Ken Robinson and asking about a private collection which he wasn’t sure of the answer to so said ‘ask Paddy’ I duly went to Paddy who said ‘ask Mick’ I went to Mick and got the answer, all willing to impart their knowledge and help out an inexperienced colleague. I’ve lost count the amount of times I have gone to them in various configurations and always come away with the answer about something ‘obscure’ that only they have somewhere deep down in the personal archive of their brain.   It is apt that we do not have an image to accompany these staff members to hand at the moment, they were extremely modest and understated with their expertise. 105 years of experience has left us in the past few weeks, we will feel that loss of knowledge but most importantly we will miss our beloved and valued colleagues.