December Document of the Month

On 14 December 1955 as the 10th United Nations General Assembly drew to a close, Ireland took its place as its 63rd member. Thus began Ireland’s tradition of principled, distinctive engagement through the UN system on major international issues.  Since 1955, UN membership has been a central pillar of Irish foreign policy.

The documents on display here tell the story of Ireland’s admission to the UN 64 years ago during an era of Cold War tension. Ireland’s first steps in the UN were shaped by the State’s profound anti-Communism, its support for the UN Charter and a belief in a rules-based international system.  Since 1955, through involvement in UN peacekeeping missions, three temporary terms on the UN Security Council as well as principled engagement with the wide range of issues facing the global order, support for the UN remains a strong and distinctive feature of Irish foreign policy. 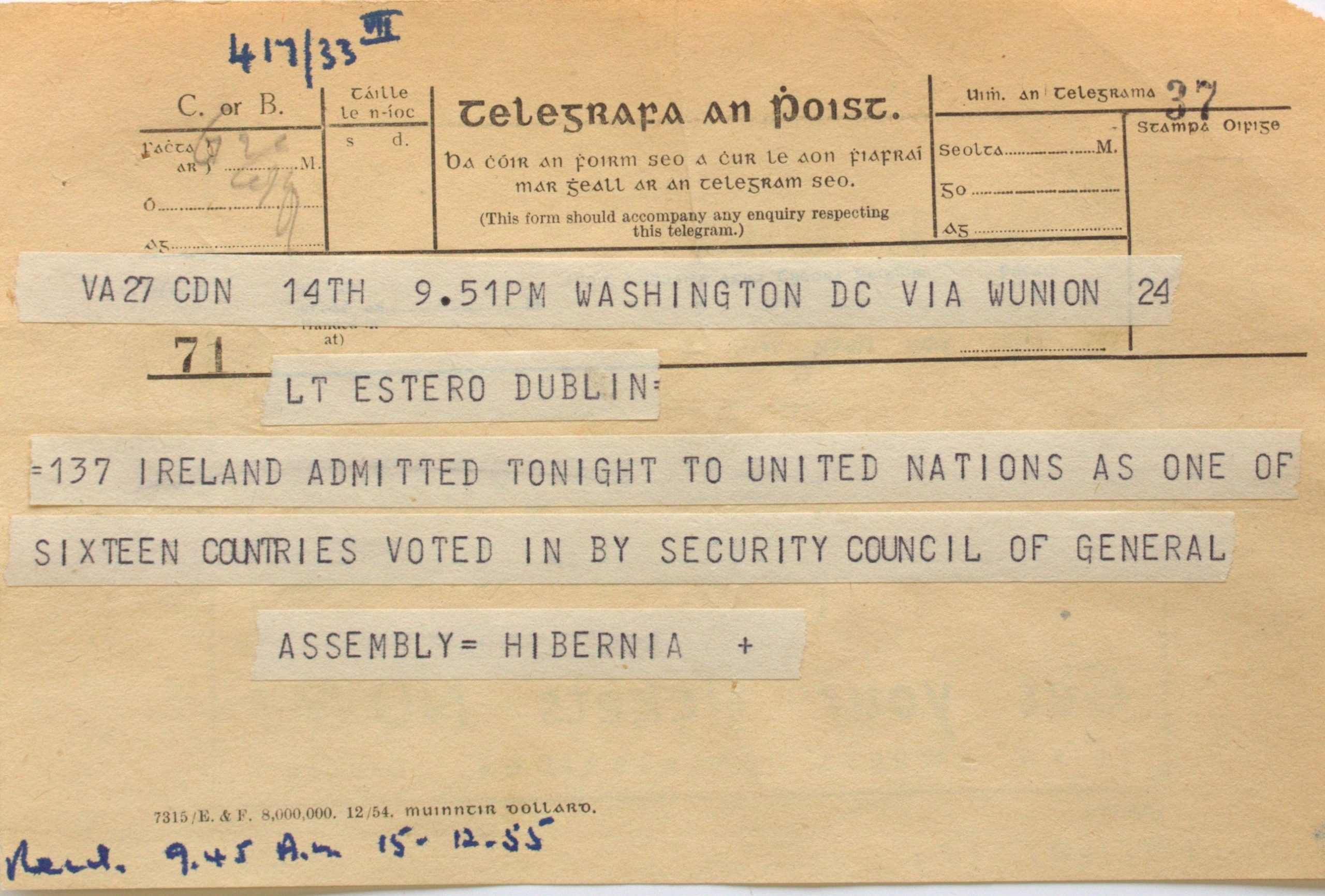 Telegram announcing acceptance of our membership of the United Nations, 14 December 1955 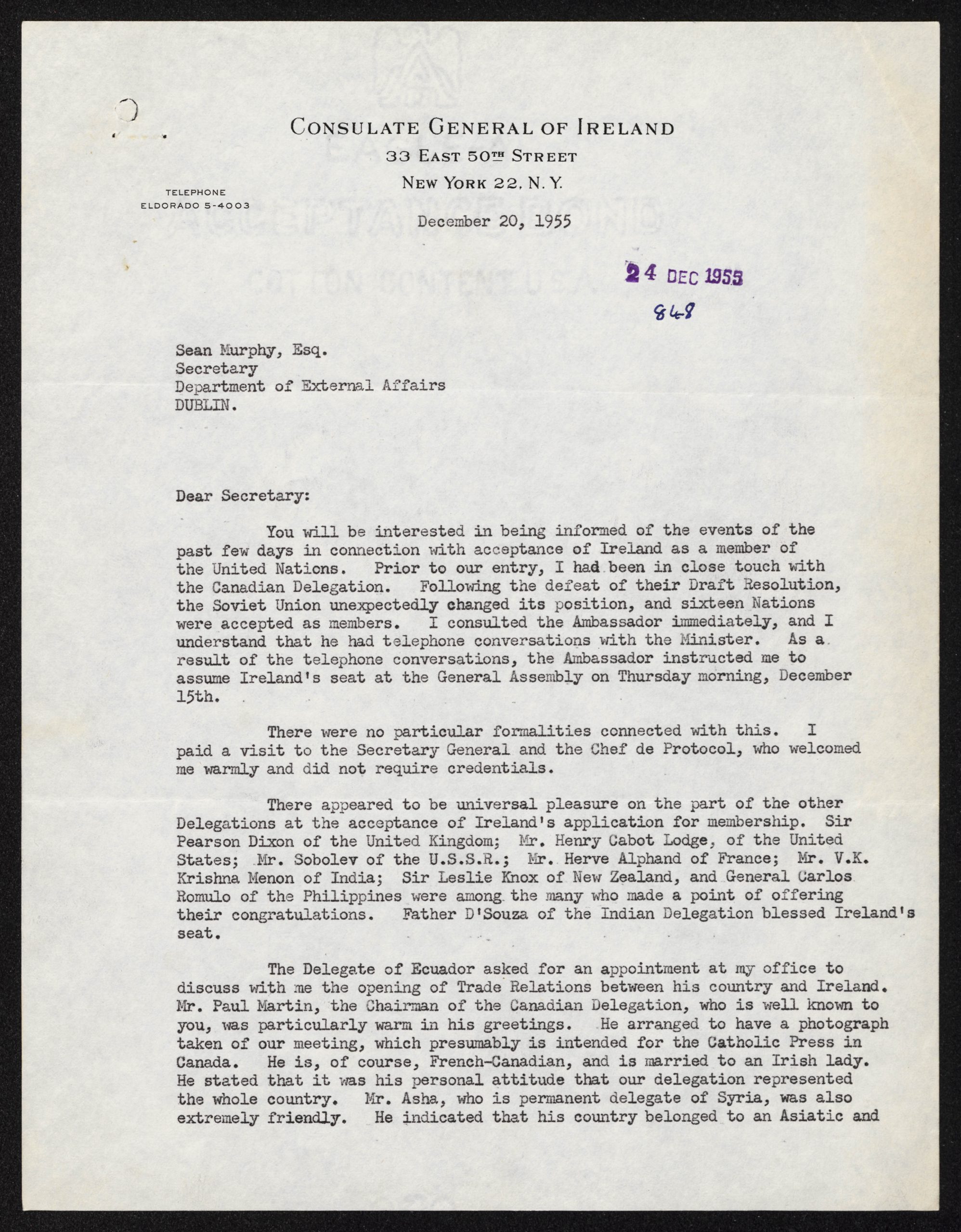 Letter relating to the reaction to Ireland’s admission to the United Nations, 20 December 1955

A section from a report from Irish Consul General in New York Jack Conway to Dublin on the reaction to Ireland’s admission to the UN.  Ref. NAI/DFA/6/417/129 part 1 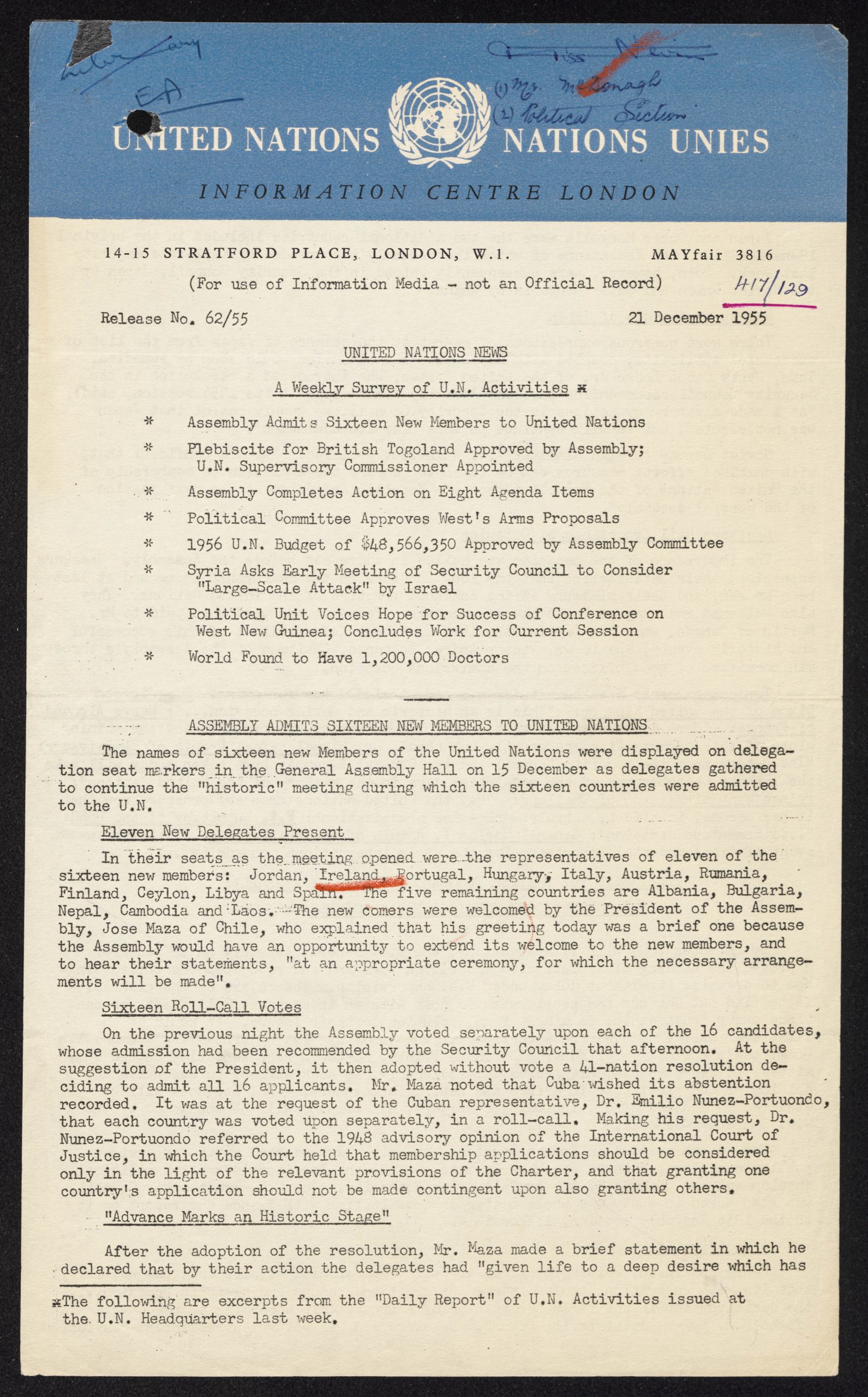 This press release conveys the admission of sixteen new members of the UN, including Ireland. Ref. NAI/DFA/6/417/129 2 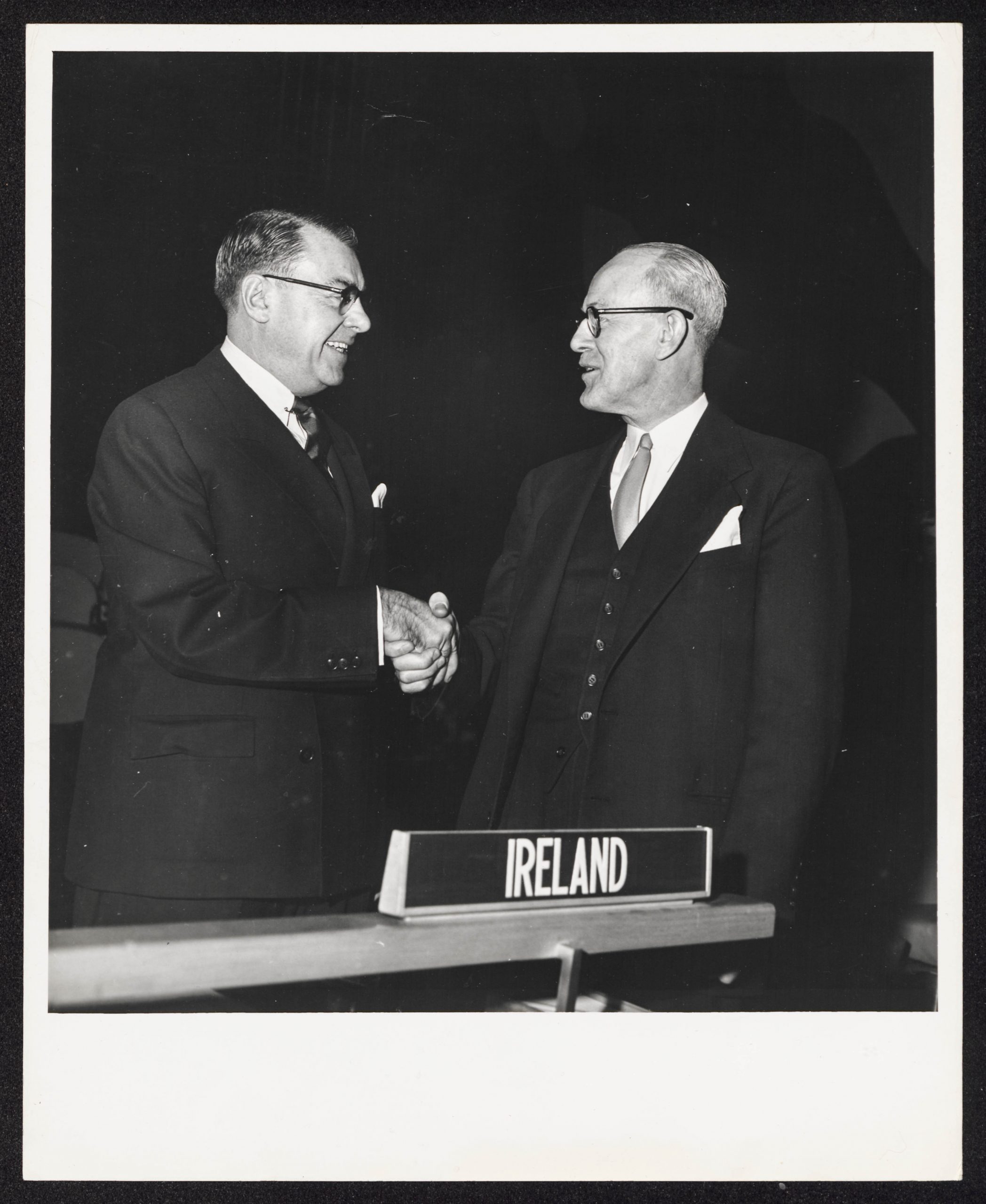 Canadian Minister and primary architect of the 1955 expansion of the UN that included Ireland, Paul Martin, congratulates Ireland’s Consul General in New York Jack Conway on Ireland’s admission to the UN. Conway was the first Irish diplomat to represent Ireland in the UN General Assembly. Ref. NAI/DFA/6/417/140