January Document of the Month

Each year, the National Archives accessions new files and other archives from government departments, agencies and court offices under the terms of the National Archives Act, 1986, which allows for the transfer for public inspection and long-term preservation of records of state that are at least 30 years old.

This year, files from mainly relating to 1989 have been released. This work is one of the main functions of the National Archives and requires a large amount of organisation and preparation. The files are made available to members of the public on the first working day of the New Year, when they are officially 30 years old.

Archivists working on the new accessions have highlighted a number of interesting documents for our first exhibition of the year.

Please note the files have not been digitised in their entirety, but are available to researchers in the Reading Room of the National Archives, which is open Monday to Friday from 10.00 until 17.00. Those wishing to consult material in the National Archives must apply for a reader’s ticket on their first visit. 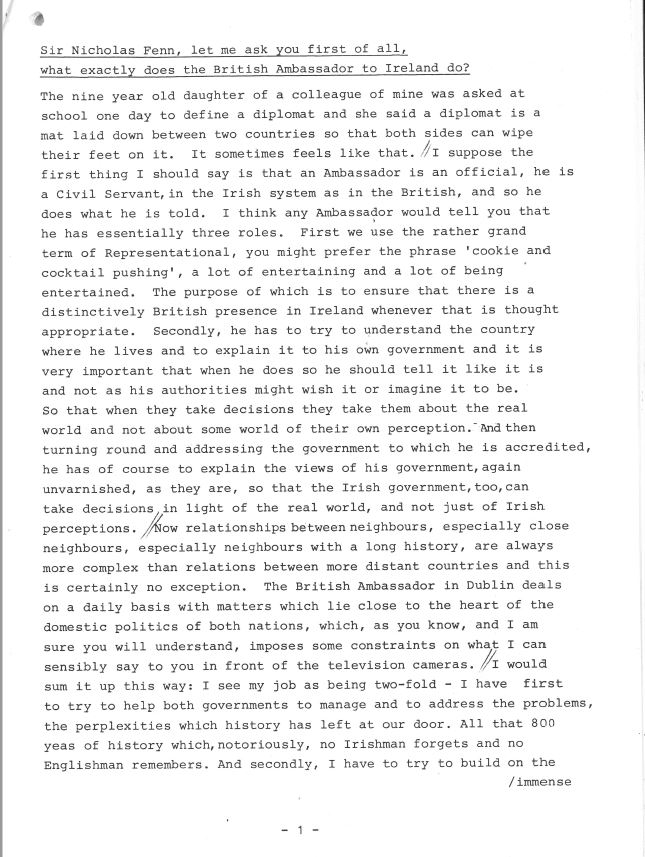 Transcript of interview given by Sir Nicholas Fenn, British Ambassador to Ireland to “Hanley’s People”, RTÉ.

The first page of the interview features a good definition of what a diplomat does,  ‘cookie and cocktail pushing’. Ref. NAI/2019/31/50 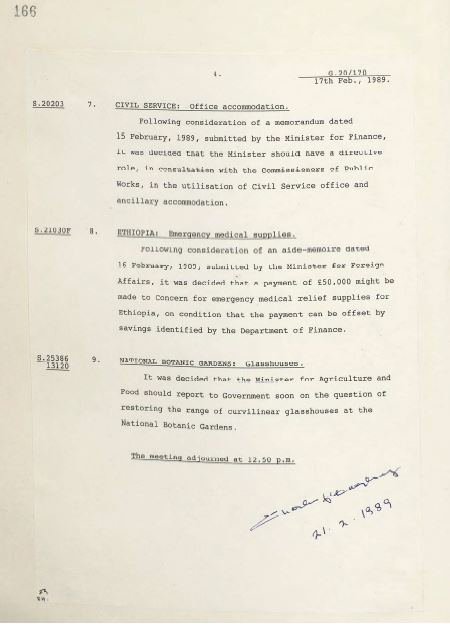 It was decided that a payment of £50,000 was to be made to Concern for emergency medical relief supplies for Ethiopia. Ref. NAI TSCH/1/3/62 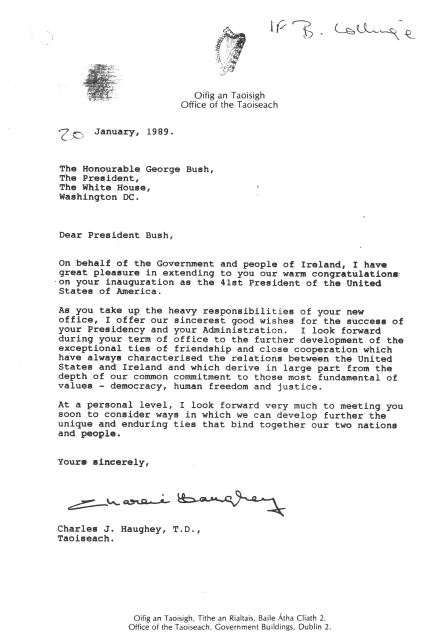 Letter of congratulations from Taoiseach Charles Haughey to President George Bush on his inauguration as 41st President of the USA, 20 January 1989.  Ref. 2019/31/26 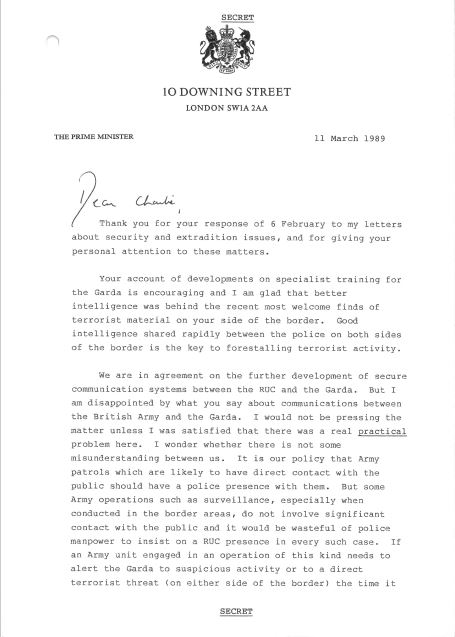 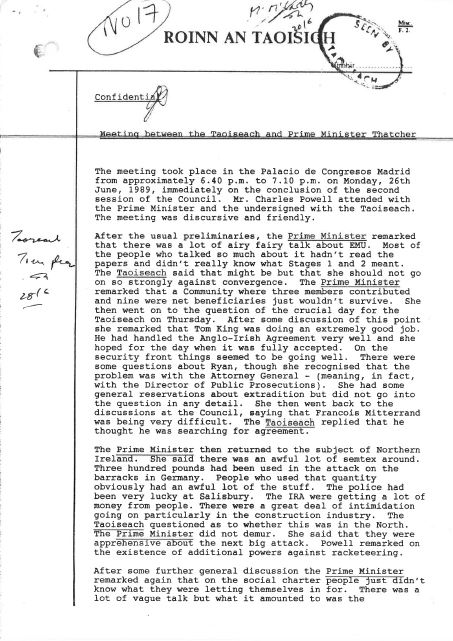 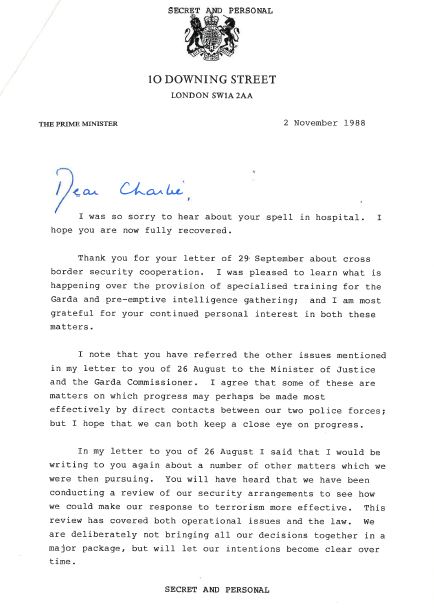 Letter from Prime Minister Margaret Thatcher to Taoiseach Charles Haughey on communications between the British Army and the Garda in which she wishes the Taoiseach well after his stay in hospital, 2 November 1988. Ref. NAI 2019/31/66