Behind the Scenes: Tape is Evil (for your documents!) 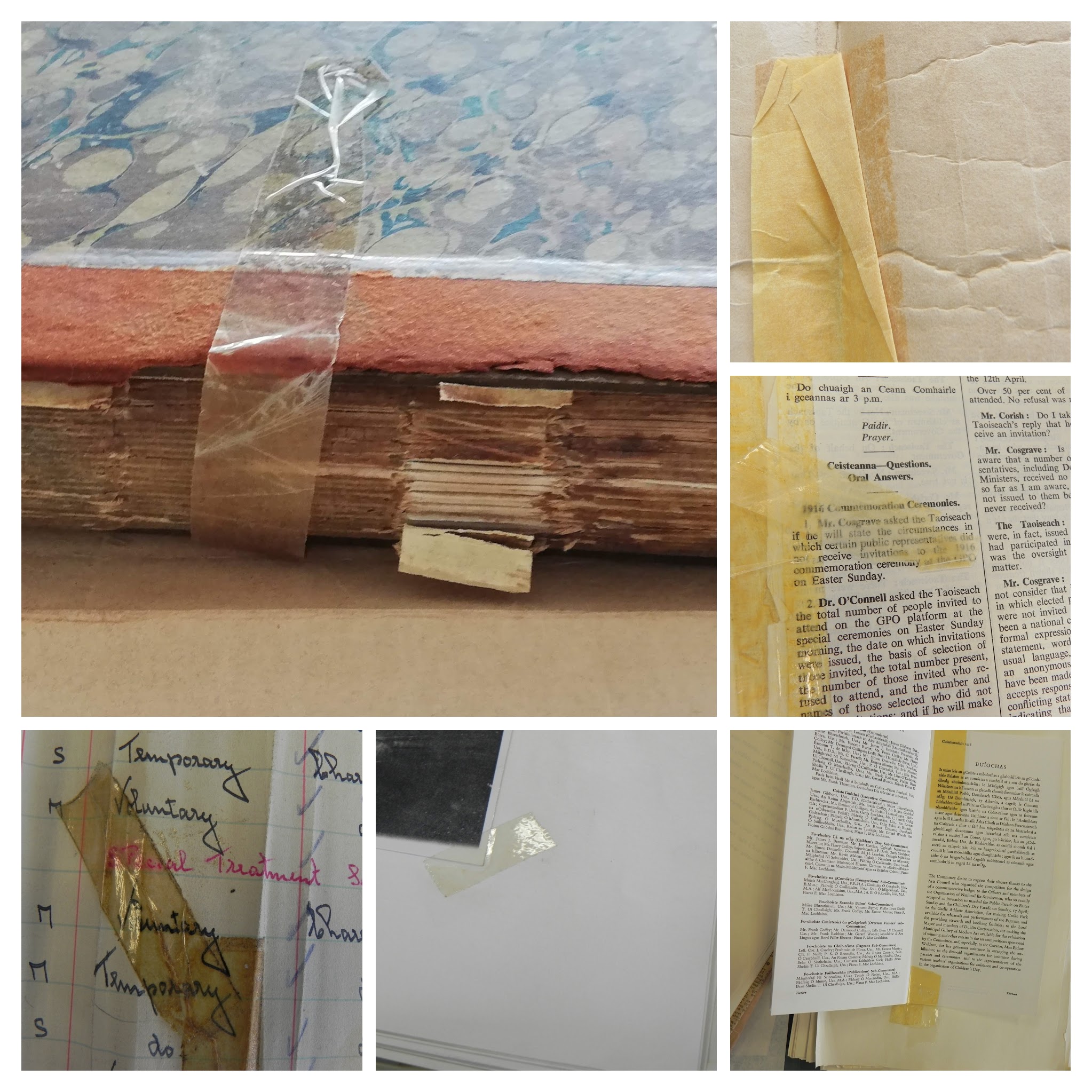 My letter is torn, what can I do?

Sometimes good intentions are mistakes; the most common one is the use of pressure sensitive tape, which has been applied to hold a tear together. Conservators spend a lot of time telling people – tape is evil, do not use sellotape! I have begun to realise that often the advice we follow this exclamation with is, ‘this is a job for a conservator’.  And yes, is it, but what can you do if you do not have access to a conservator?

By looking at our collections we can see that the first pressure sensitive tapes found their way in to archives and on to valuable documents soon after they became available in the 1920s. Tape quickly became a ready tool used for repair, tape was seen as a solution to a multitude of problems. By and large it is books and paper materials which have sustained the greatest amount of damage from pressure sensitive tapes. The removal of degraded tape from paper is certainly one of the most demanding processes performed in conservation.

Tapes are ephemeral by nature. Simply because they happen to be placed on a valuable or historic document does not mean that they were ever designed to function far past their chemical and physical capabilities.

Pressure sensitive tape consists of two main elements: the backing and the glue.

Tape backings or carriers can be made of plastic film, fabric, paper, metal foil and other materials that provide a flexible support for the adhesive mass (glue).

The two general classes of adhesive used on pressure sensitive tapes are made from rubber or from synthetic polymers such as acrylics. In general rubber-based tapes pose a larger threat to paper because of their greater tendency to oxidise and become acidic, these are the ones that turn yellow as they age, crosslink with the paper and discolour.

There are three stages of deterioration of the adhesive tape:

1. Due to exposure to oxygen the adhesive grows increasingly sticky

2. The tape becomes weak as the molecular chains of the rubber polymers break down. These small molecules which result can migrate into the paper, causing translucency.

Papers have sizing, coating, and fillers, dyes and colorants, all of which add complexity to the interaction with tape. The presence of writing and printing inks can complicate or even preclude the removal process.

The job of removing historic pressure sensitive tape is a job for a conservator, that I cannot deny. In trying to remove the tape safely from the documents dry and mechanical treatments would be attempted first before progressing to use more complicated treatments involving solvent or solvent vapour.

Removal of any tape backing accelerates the rate of the adhesive oxidation due to the increase exposure to air and leaves a sticky residue behind. The backing should not be removed until the conservator is able to perform a full tape removal treatment.

So what can you use instead?

I had a friend recently who told me of a sad case a collection of letters that had been torn in two by accident. What should she do? Should they be taped them together? What tape should be used?

Whilst there are tapes that can are marketed archival quality, with a ph neutral adhesive on an paper tape, suppliers and manufacturers still say to remove the tape, contact a conservator. Hmmmm….

One of the key principals in conservation is to be able to reverse your actions; so if you repair something, you should be able to remove that repair, without causing any damage to the document, even 20, 30 or 50 years later.

‘Do nothing’ I said. ‘Take a photograph of them so you have a record of all the bits of the letters, set them out so that the letters can still be read. Keep the pieces clean, put them in a paper folder or envelope, they won’t get dirty and the pieces are kept together, also the pieces won’t become misplaced or mixed up.’

Yes, it is distressing to see something torn, and yes, it makes the document much more fragile and at risk of being lost but accept the damage and keep the pieces together. Damaged things become more damaged because we handle them, providing a copy in the form of a photograph will reduce that need and the temptation to get out the roll of sticky tape.

It is simple advice, but as professionals, we need to say it and to encourage people to shift their way of thinking. 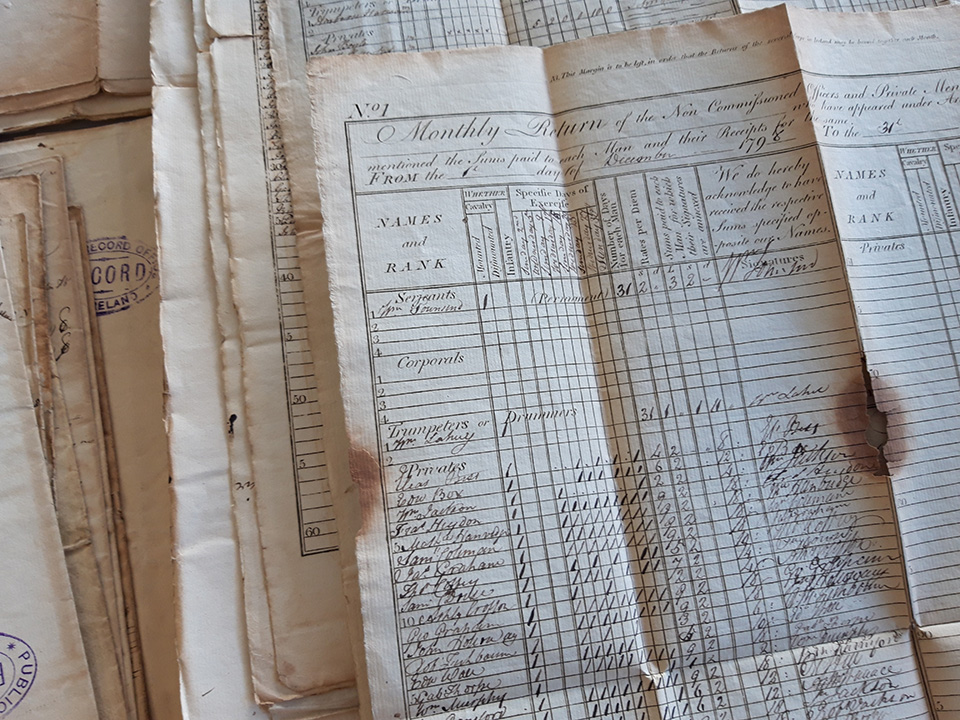 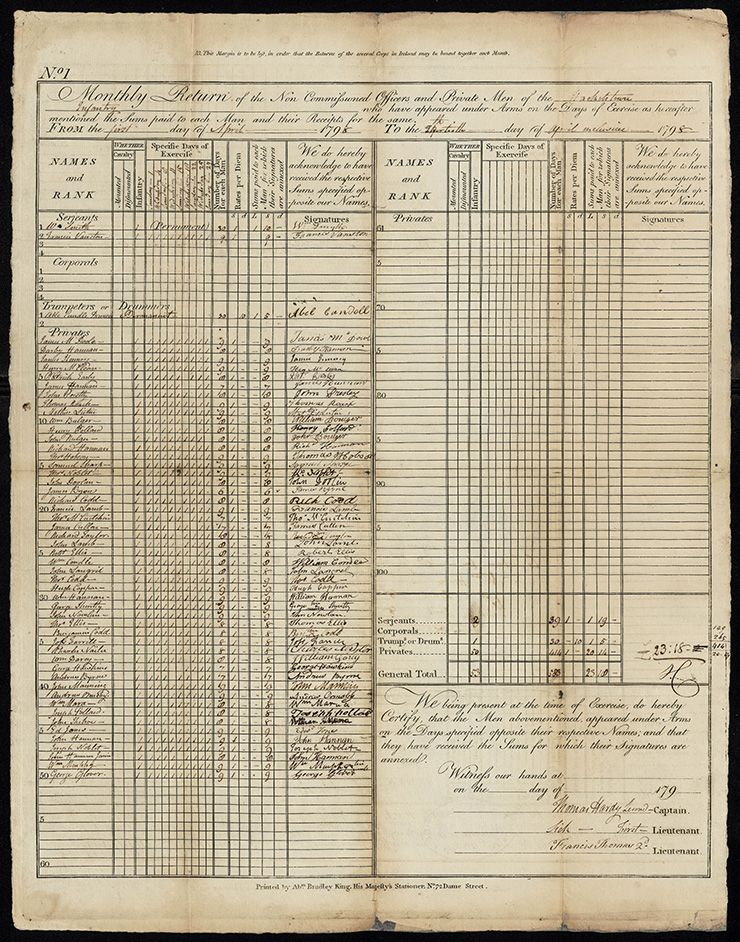