September Document of the Month

These documents focus on the outbreak of the Second World War at diplomatic and political level. They show Germany preparing to attack Poland, the mood on the streets of Berlin as reported by Irish diplomat William Warnock and the poignant formal note from the Polish Consul General in Dublin to the Department of External Affairs, stating that Poland was now at war with Germany.

Ireland now prepared for war, hoping that its neutrality would be respected. An invasion was a real possibility and plans were made for this eventuality. The draft Cabinet agenda shown would only become operative after Ireland was invaded. A testimony to the course of the war is that it remains unused in its file. There was no guarantee that Ireland could preserve its neutrality in any future conflict and the experience of what became known as the ‘Emergency’ became the basis for a ‘War Book’ drawn up after 1945 to guide the government and administration in the event of a Third World War. 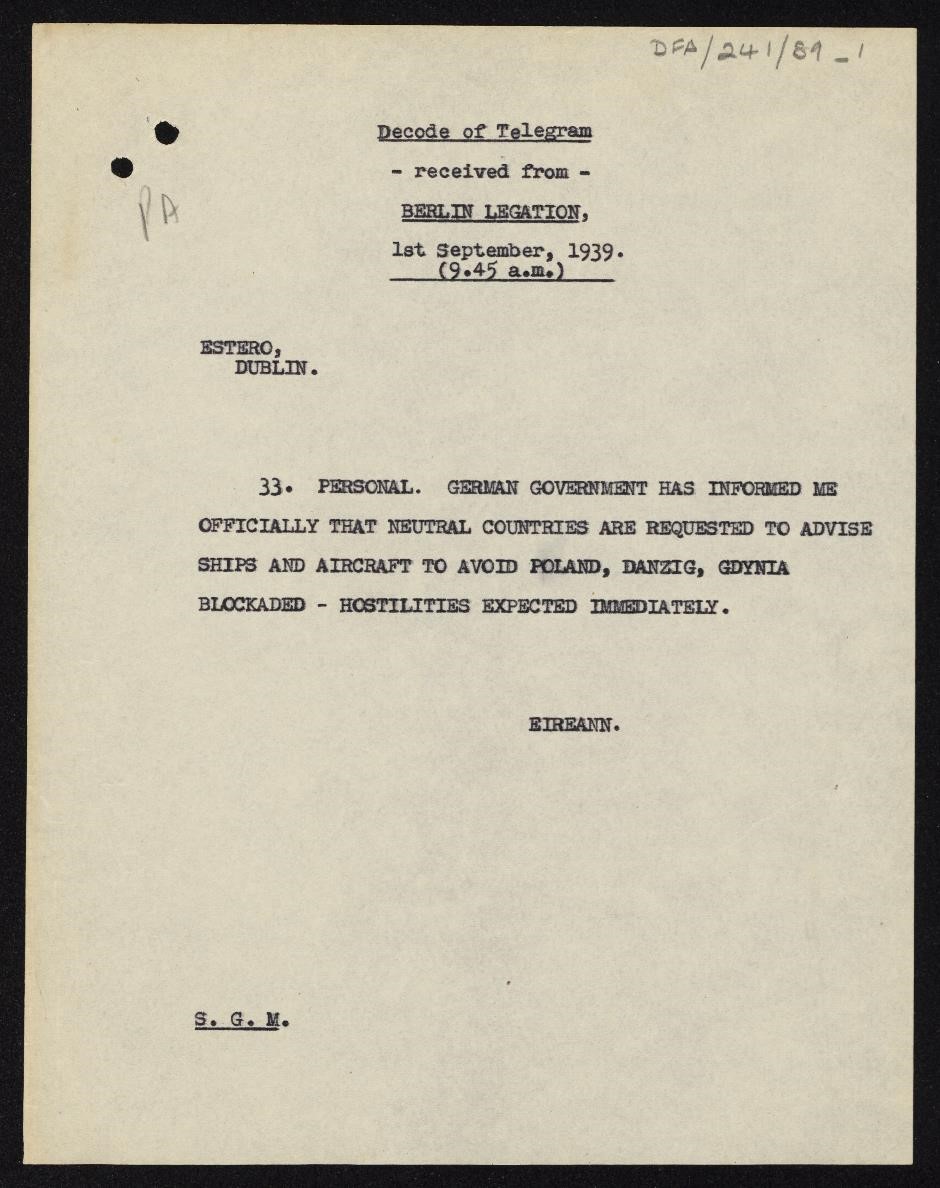 Coded telegram from William Warnock, Chargé d’Affaires at the Irish Legation in Berlin, sent to the Department of External Affairs in Dublin, communicating that hostilities are about to commence as Germany is set to launch military operations along the Polish coast in the Danzig (Gdansk)/Gdynia area. The importance of the telegram is evident from the annotation ‘Personal’, showing that it was sent in Warnock’s top secret ‘personal’ code, a code used only in the most sensitive situations. 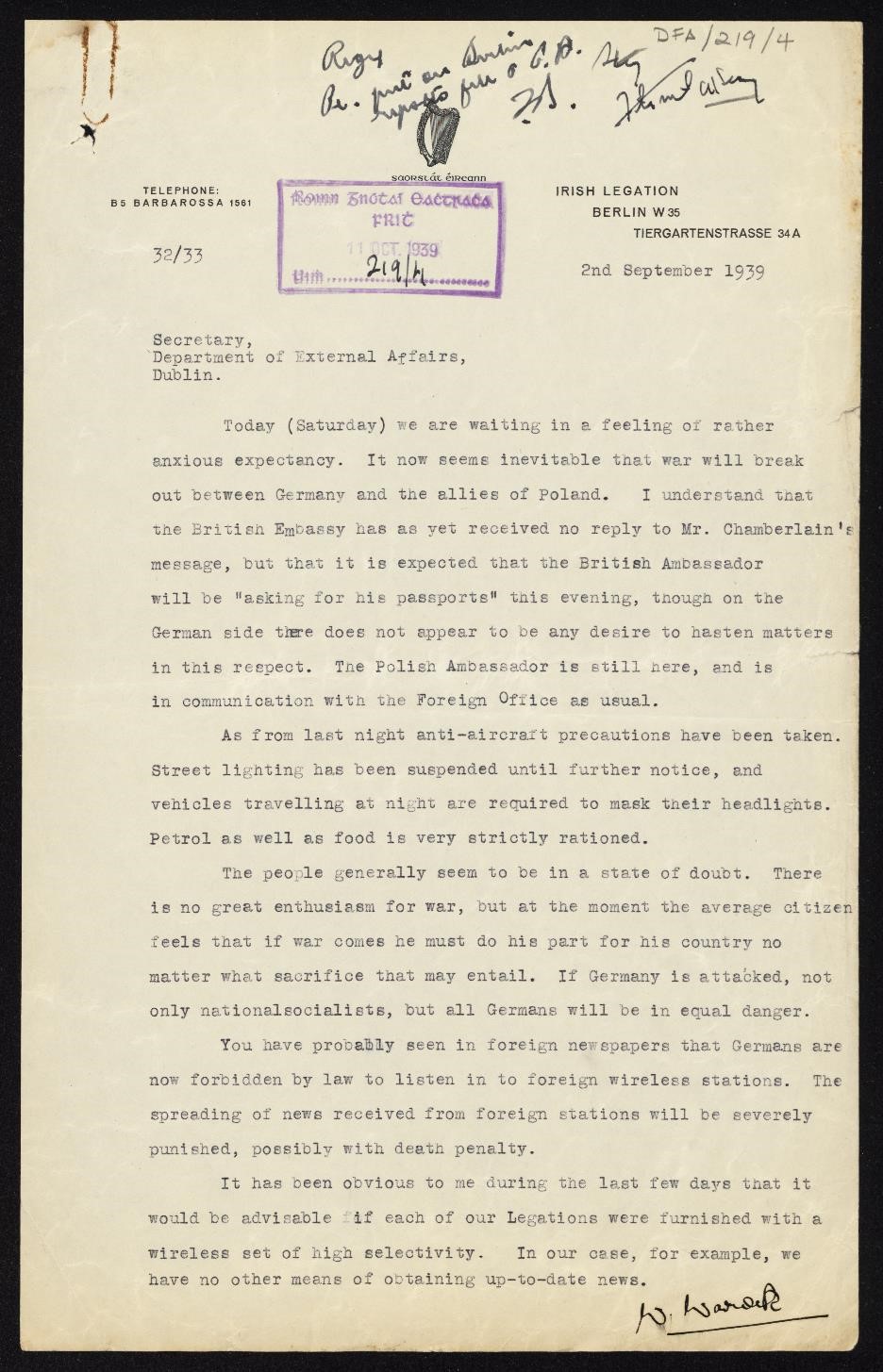 NAI/DFA/219/4, Letter describing the atmosphere in Berlin on the eve of hostilities, 2 September 1939

Letter from William Warnock, Chargé d’Affaires at the Irish legation in Berlin, to the Secretary General of the Department of External Affairs Joseph P Walshe, conveying the ‘anxious expectancy’ in the German capital on the eve of the outbreak of the Second World War, noting there is ‘no great enthusiasm for war’. 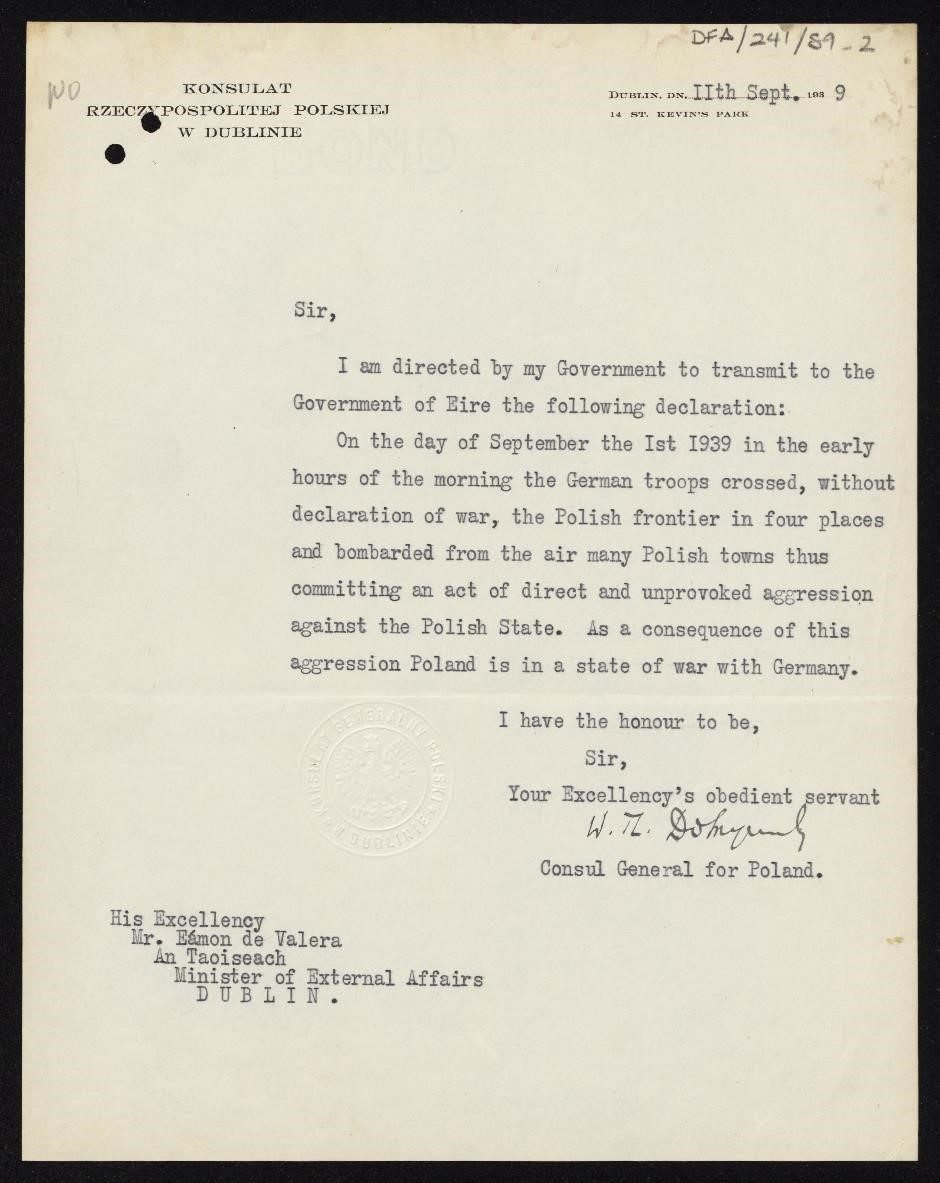 Letter from Wacław Tadeusz Dobrzyński, Polish Consul in Dublin to the Secretary General of the Department of External Affairs Joseph P Walshe, formally communicating to him that Germany has declared war on Poland. 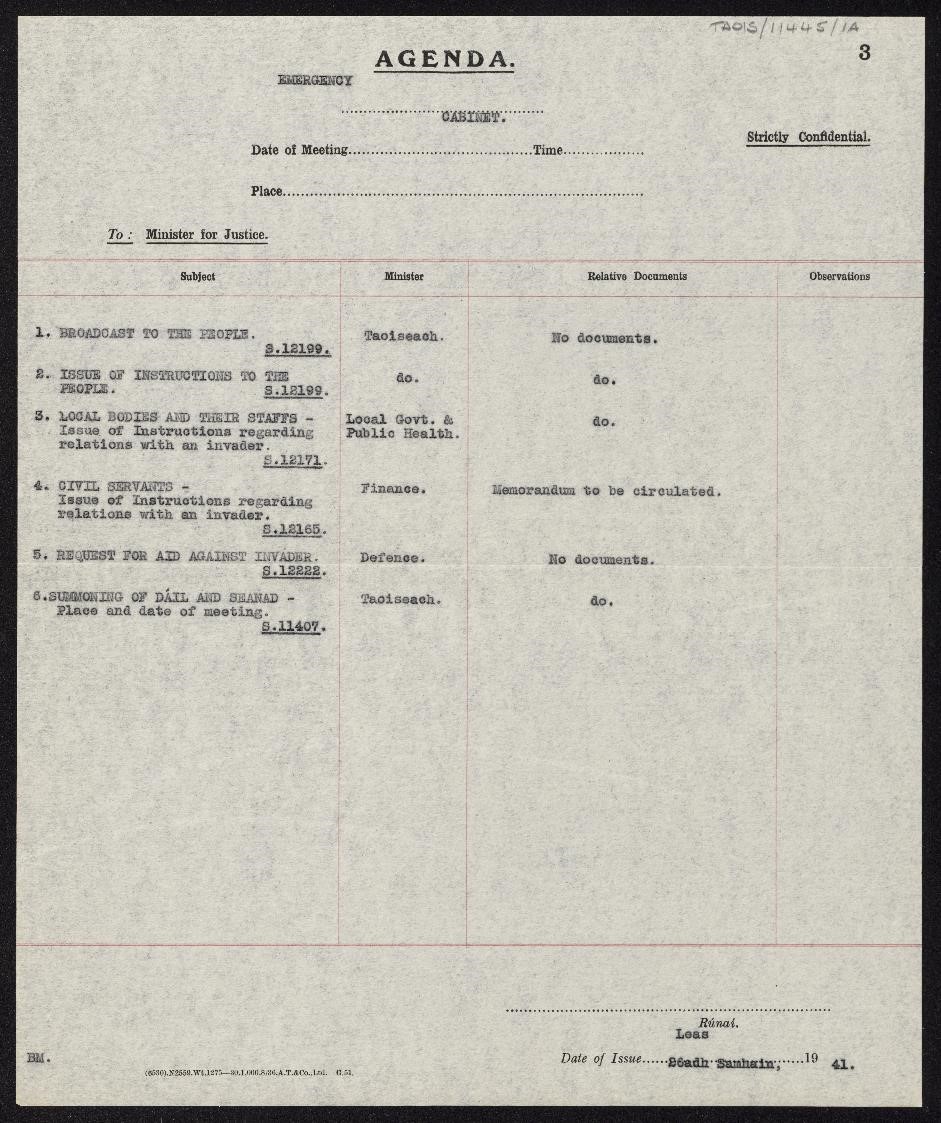 NAI/TSCH/3/S11445/1A, Agenda detailing action to be taken by the Irish government in the event of an invasion, undated, possibly 1941

Although Ireland declared its neutrality on the outbreak of the Second World War, the threat of invasion by Allied or Axis forces remained a clear and present danger until 1944. Emergency preparations were made at all levels of government, including planning for the Cabinet to meet in emergency session following an invasion. This undated agenda is a revised version of the decisions Taoiseach Éamon de Valera and his cabinet would have to take following a potential invasion of Ireland. 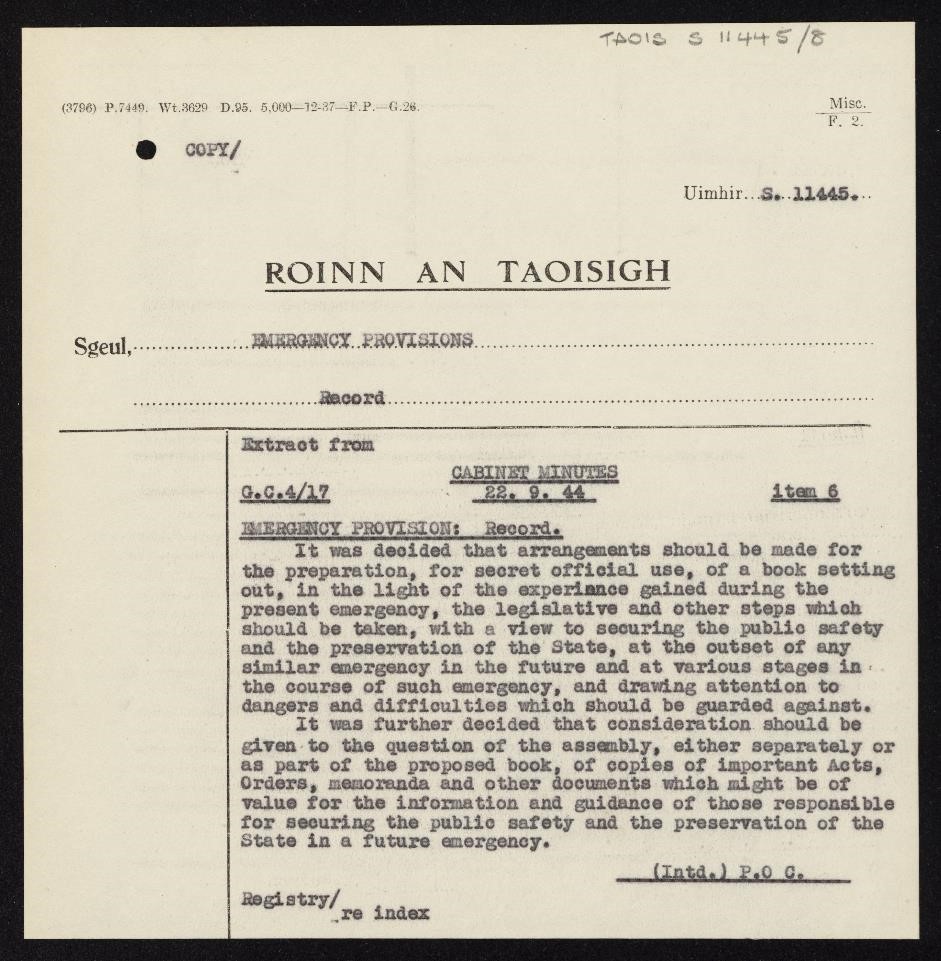 NAI/TSCH/3/S11445/8, Extract from Cabinet minutes recording the decision to prepare a book detailing the steps to be taken by the government to secure the safety of the State in the event of a future world crisis, 22 September 1944

The experiences of the Second World War were not lost on the Irish civil service. In 1945, the government agreed that in the new world order of the intensifying Cold War, plans for running Ireland during a future conflict would be drawn up based on the experiences of 1939 to 1945. Another ‘Emergency’ was felt to be only a few years away. 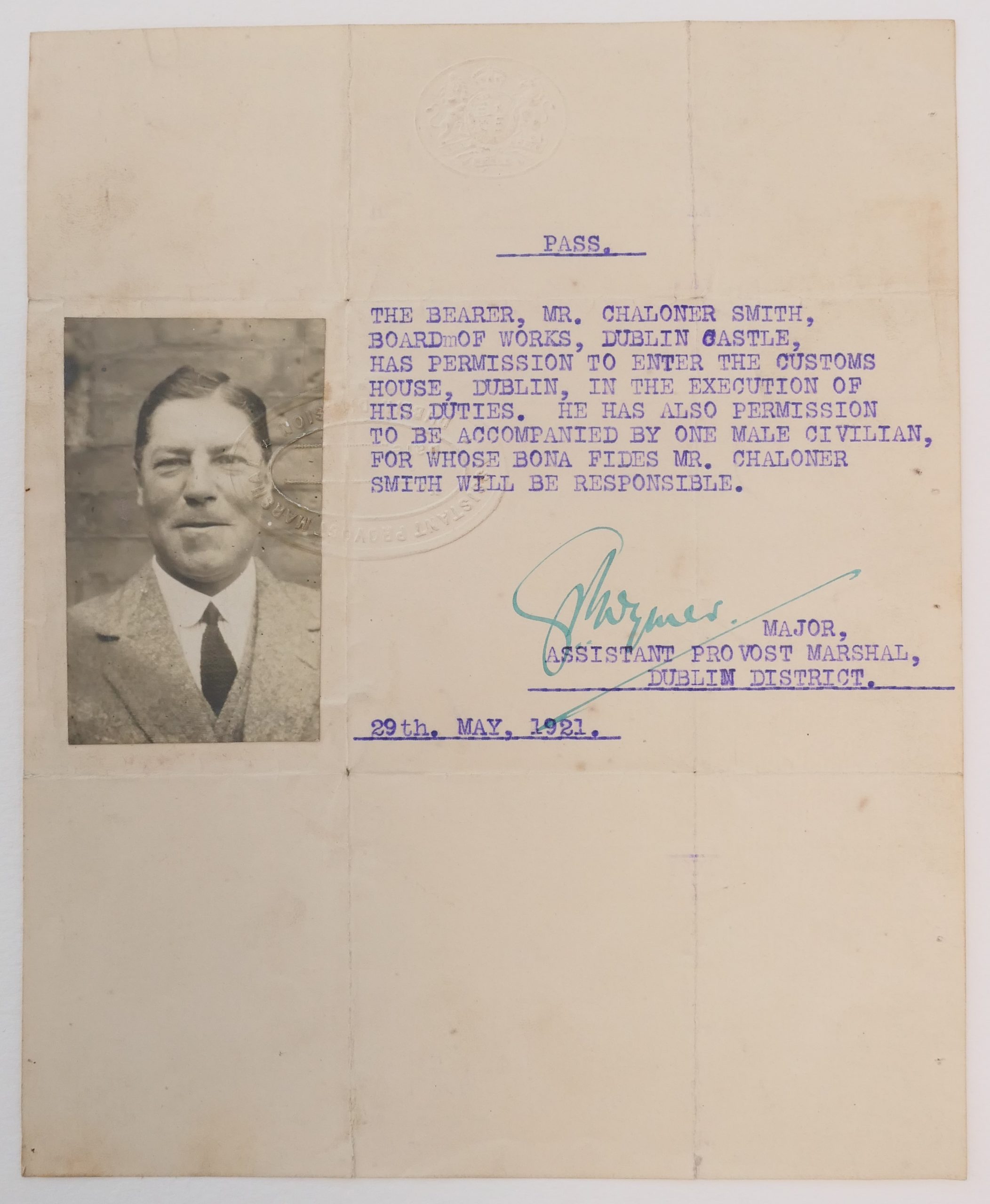 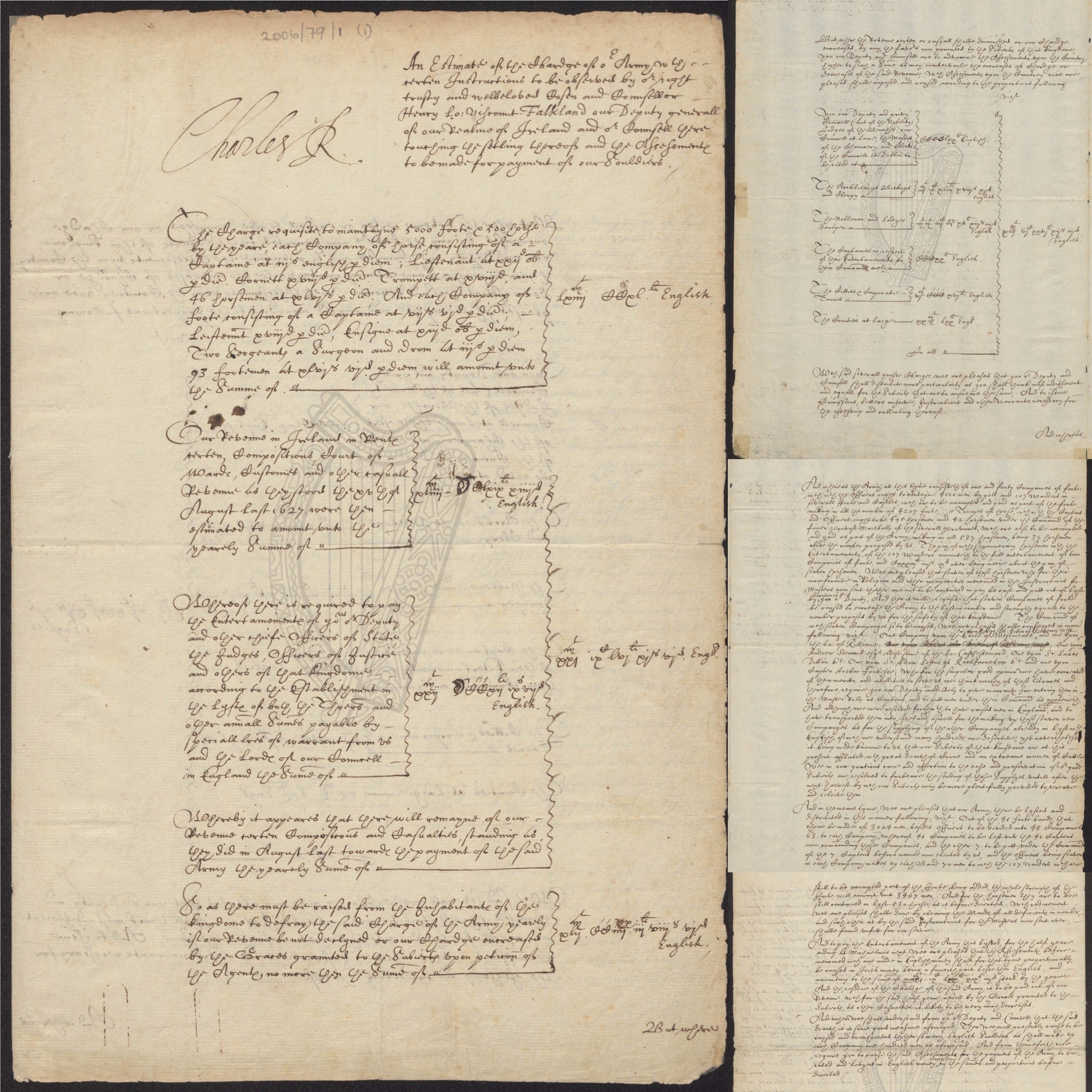 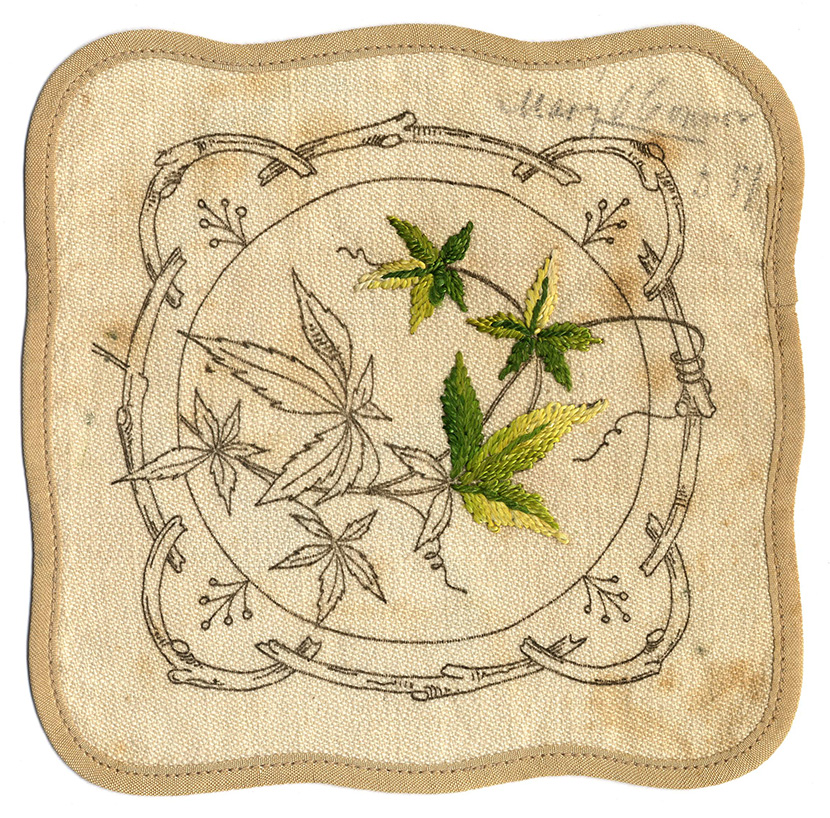