National Archives is delighted to be a part of Dublin’s Culture Connects, a Dublin City Council initiative established in early 2016 to implement their Culture Strategy 2016–2021. Through its programmes, the initiative engages local communities with cultural institutions and activities in their area to enrich their lives, and to promote culture among all citizens of the city.

The National Archives began its engagement by participating in the Out of the Box project, which helped individuals to research their family history and local area. Four groups of artists were then commissioned to visually interpret the research.

This collaboration has continued in 2018 with the National Neighbourhood programme (South East Area), which connects local schools and community groups in Dublin 8 with the National Archives. Secondary school students and older people are encouraged to engage with archives to discover the history of the area in which they live. The programme has helped to demystify archives and to encourage greater appreciation of the important role of archives in understanding our national identity. Further information is available on the Dublin Culture Connects website www.dublincultureconnects.ie. 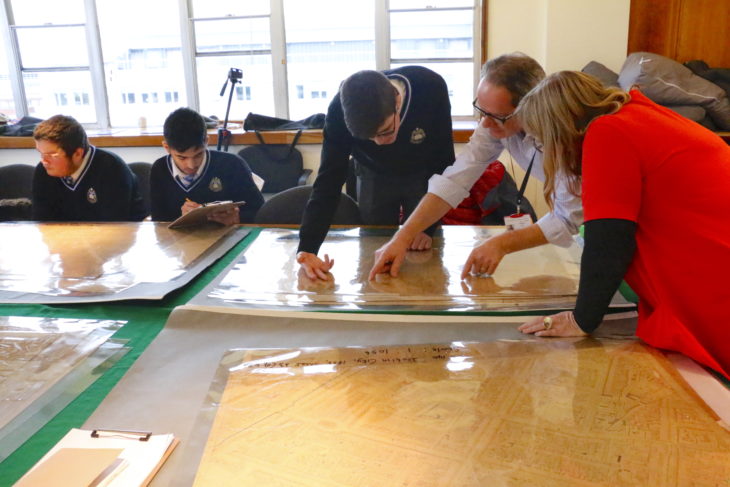