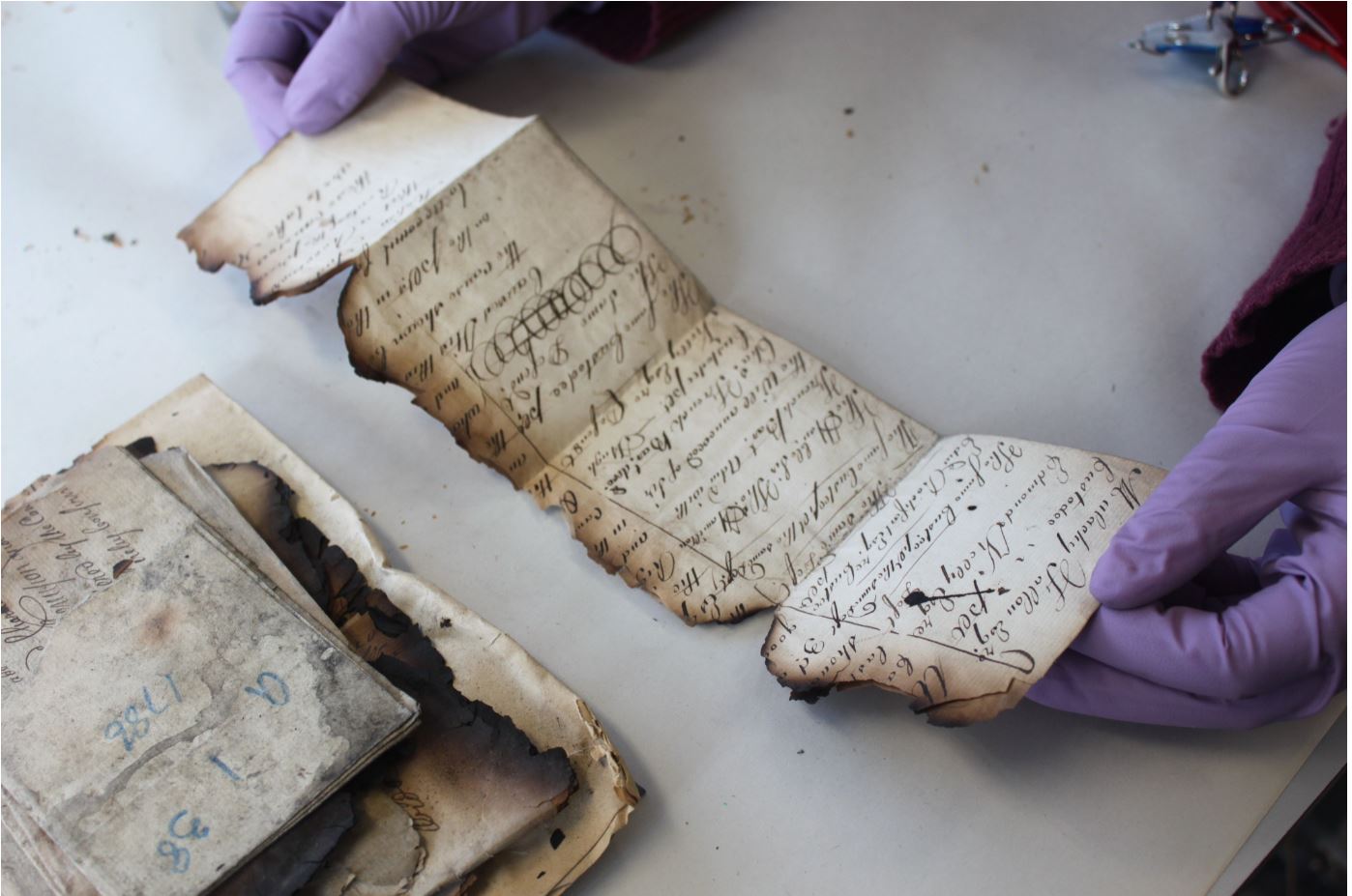 The National Archives is delighted to announce the sixth talk in its 2021 lecture series ‘Malignant destiny? Recovering the lost collections of the Public Record Office of Ireland’ online on Tuesday 27 July at 7pm. The lecture will be given by Dr Peter Crooks, Zoë Reid and Dr Ciarán Wallace.

In 1922, the Public Record Office of Ireland (PROI) was destroyed in the opening engagement of the Civil War. The drama of its destruction created some myths and obscured the real story of the PROI. In its short but remarkably successful lifetime, the former PROI established itself at the heart of Irish historical and genealogical research. The story of its purpose-built fire-proof Record Treasury, the characters who built up the collections and the people who used its services, all remain to be told.

Myths have arisen about what was in the building and what was lost in 1922 and exciting work has been underway for a number of years to recover from the disaster. Amazingly, there were some precious survivors from the flames and the National Archives, supported by the Irish Manuscripts Commission, is reopening these parcels recovered from the ruins, revealing fragments of history thought to be lost forever. In this lecture, Zoë Reid, Senior Conservator at the National Archives, along with Dr Peter Crooks and Dr Ciarán Wallace of the Beyond 2022 project, will tell the story of the life and death of the PROI and its remarkable digital rebirth.

Book here for your free ticket.