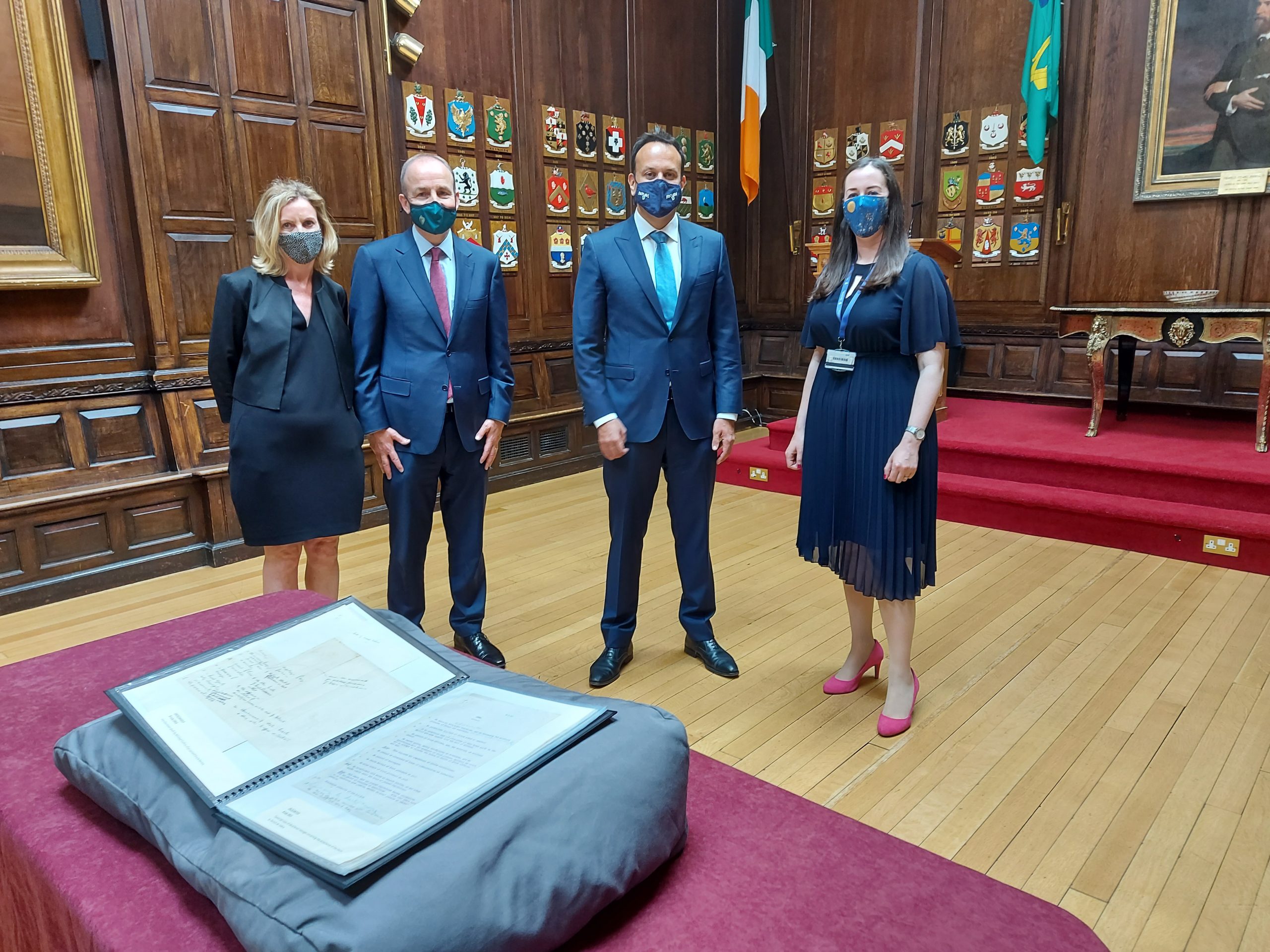 On Thursday July, 8th to mark the centenary of the truce, Orlaith McBride, Director of the National Archives, and Antoinette Doran, archivist, visited Mansion House to show An Taoiseach Micheál Martin and Táiniste Leo Varadker related documents held within our collections.

The War of Independence concluded with the truce, which came into effect at noon on July 11th, 1921, putting an end to 18 months of intense guerrilla warfare and paving the way for Anglo-Irish Treaty negotiations. The truce lifted an enormous weight off the shoulders of the Irish and British representatives, as well as the people of Ireland.

The documents shown at Mansion House were from the DE/2 series, the records generated by the functioning of the administrative apparatus established in the aftermath of the 1918 General Election to support the activities of the Dáil Éireann government. These records chart the most tumultuous and significant period in our Nation’s history, providing evidence of the decisions which determined the establishment of the State.

As part of the National Archives’ decade of commemoration activities, this series has been fully digitised in collaboration with the Houses of the Oireachtas Service. The documents are available to view on the Digital Repository of Ireland at https://repository.dri.ie/catalog/t148v311v